Nursing Week: “Hashtags” and Social Media; Voices to Lead “Health is a Human Right”; The Impact of Funding and Staffing constraints on holistic person centered care.

International Council of Nurses: “There is no other profession that attends to people’s needs in their most vulnerable periods of time as nursing does. The relationship between the client and the nurse provides a unique and intimate view of a person’s life. “ 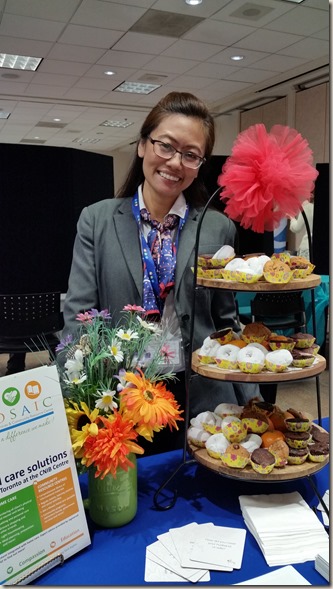 The National theme for this year’s Nursing Week is hashtag yes this is Nursing – #YesThisIsNursing.  The objective of the theme was how to “leverage social media to raise awareness, promote advocacy and connect people across the globe on important issues.”  Social media is of course important and nurses can indeed use social media to raise awareness of issues to the general public.  We do not however believe social media or technology itself though is the most pressing issue facing nurses at the moment.  Funding pressures within healthcare at a global level is we believe poignant and important and in this respect social media provides an important avenue for carefully weighted nursing communication.

The International Council of Nurses “HEALTH IS A HUMAN RIGHT ACCESS, INVESTMENT AND ECONOMIC GROWTH” provided important definition and context to the type of communication that could be delivered through the social media medium:

What were some of the avenues of communication arising from this report?  To paraphrase (to draw heavily from):

But what of the backdrop of modern nursing:

A recent CBC 5th Estate report attested to the stresses and strains of heavy workloads and emotional stress and a more recent CBC interview addressed PTSD amongst nurses.

A 2016 article, “Nurses Say Stress Interferes With Caring For Their Patients”, pointed out:

“Nursing has long been considered one of the most stressful professions, according to a review of research by the National Institute for Occupational Safety and Health at the Centers for Disease Control and Prevention in 2012.”

Nurses around the world are struggling with how to fulfill their ethical obligations, Rushton says. “In one sense, it could be considered a public health crisis, because if we don’t have sufficient nurses to meet the needs of people in need of health care,” the entire health care system could crumble. “I think that it’s time that nurses are recognized as a scarce resource that needs to be invested in, supported and respected.”

We also reference an Ontario Health Coalition report from October of last year:

Angela Spiler has seen first-hand the impact of hospital staffing cuts in Ontario. Over the past few years, there has been a significant drop in the number of RNs in her workplace – a large, municipal hospital outside of Toronto.

The number of registered nurses on her acute medical ward has fallen, while the hospital operates at over-capacity, with patients waiting for a hospital bed. The RN staffing cuts, she says, have made it more difficult to care for her patients. She has less time to monitor their needs, prepare medications, and assess their health.

The University of Birmingham (UK) came out with their report “ The Virtuous Practice In Nursing” in September of last year:

In an article in “The Conversation” referencing this report the following key points were made:

Our new research report reveals that NHS pressures are hindering ethical practice and caring among UK nurses – with eight in ten nurses questioned saying that they were not always able to work in a caring and compassionate manner.

The findings show that staff reductions, time pressures, bed management and administrative tasks are all stopping nurses from being able to spend the amount of time they would like with each patient.

Many nurses also reported that conflicting demands on their time left them feeling as though they were not able to offer care in as compassionate a way as they would like. Some said they are reduced to tears on a daily basis and that shortages in nursing numbers was negatively affecting their ability to care for patients.

We found that experienced nurses rely, if anything, less than nursing students on their own moral compass to make decisions. This is an important finding because not being able to exhibit your moral character at work is a well-known predictor of burnout. Burnout tends to happen as a result of long-term stress in a situation or job that, for whatever reason, you’re highly committed to.

We value nurses highly, they are central to the delivery of person centered care, but it would seem that global funding pressures are placing undue stress and demands on the ability of nurses to properly perform the care they are capable of and that our communities need.

Instead of moving towards a system focused on person centeredness, innovation in the organisation of care management may be moving us further away, at least according to a recent report, “Working to Full Scope: The Reorganization of Nursing Work in Two Canadian Community Hospitals” which raised concerns over the subordination of “holistic standards of nursing toward fragmented, task-orientated, divisions of care”.

We have shown how the team-based functional care delivery model subordinates holistic standards of nursing care and reorients nursing work toward fragmented, task-focused, and impractical divisions of care.