Neil Roxburgh is a good friend of the Hicks/Teasdale family.  The family friendship goes back 50 years.

Neil is coming back to his roots in the Toronto area to play at St. Luke Lutheran Church to raise money for the Music Teachers Association which helped and encouraged Neil Roxburgh when he was younger. 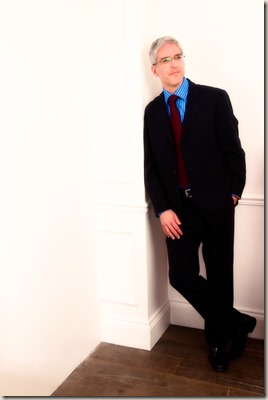 The Pieces to be played:

Born in North York, Neil Roxburgh’s fine reputation as pianist and teacher has led to a varied and multifaceted professional career.

At ease with a wide range of classical repertoire, from traditional to more contemporary styles, a particular affinity with the music of Debussy and Ravel has earned much praise and recital programmes convey his versatile and often intimate playing style.

Solo and collaborative performances have taken him throughout the United Kingdom as well as to Europe and further afield, with recognition for “finely graded playing” (The Times) and “consummate  professionalism” (The Independent), and he has featured in broadcasts on BBC Radio 3 and Classic FM in the UK as well as some Canadian media. He also regularly appears as guest artist, giving piano recitals on a number of international cruises.

Following preliminary lessons in Ottawa, Neil studied twelve years with Ronald Schmoll in Thornhill and, in 1987, was awarded a major scholarship to study piano with John Barstow at the Royal College of Music in London, England. Whilst there, he received numerous honours for his playing;

the Dannreuther Prize for his performance of the Samuel Barber Piano Concerto was a highlight, and his RCM studies culminated in him being presented with the prestigious Tagore Gold Medal as outstanding male student.

A committed and respected teacher, he has taught piano and chamber music in the Royal College of Music Junior Department since 1995 and currently also holds teaching positions at the historic King’s School in Canterbury and the renowned St Paul’s Girls’ School in London, which counts Gustav Holst amongst its past Directors of Music. Neil additionally gives master classes, adjudicates music festivals and regularly examines nationally and internationally for the Associated Board of the Royal Schools of Music. He is a long-standing member of the charitable Royal Society of Musicians, and lives in London.