Toronto’s Centre Island and ferry is a magnificent centrepiece of GTA life and a summer rite for most residents at some point in their lives. 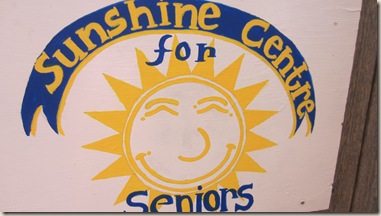 Early this morning, before the humidity and the heat set in, I set off, wheeling my big black bag of presentation tricks, onto the TTC subway.  There I joined the many others on their way to Ward’s Island for the Sunshine Center for Seniors Fall Fair & Barbecue.

Breakfast was a coffee (a requirement for the blog) and a bagel with cream cheese, which I managed to fit in between getting off the subway and boarding the ferry.

The ferry was packed with people of all ages, with children, cyclists and seniors, to highlight a cross section, all waiting for their escape day from the city.  Fortunately I found a seat where I could watch the water drift by and the cityscape fade to an acceptable distance – not too far, not too close.

The fair started as soon as we disembarked with golf carts ready to take those who preferred not to walk to the venue. In all some 60 to 70 people from around the city (mid town, downtown, Scarborough) attended.  The menu of vegetarian burgers, hamburgers, corn on the cob and salad, dessert, coffee or tea was a steal for an entry price of $10.00.

The event itself was set outside in a shaded area around the gardens. Tables were set up in the garden and entertainment was provided by a guitar player from Newfoundland, who got the audience, both young and old up dancing. 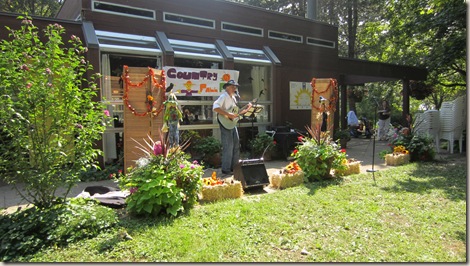 My day finished off at the Island Cafe sitting in a Muskoka chair, sipping lemonade, as I waited for the ferry back to the city. 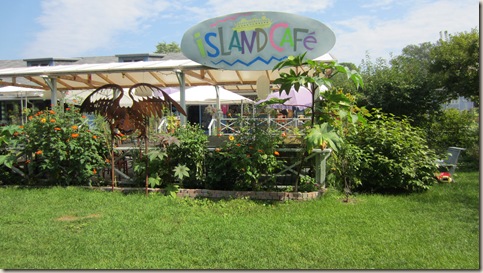 It was a beautiful day!

The Sunshine Senior Centre at Ward’s Island was built in the 1970’s , according to Jacquie Buncel Executive Director of the centre.  The facility itself is used to stage events and activities throughout the summer months. 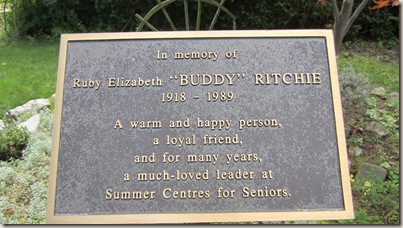 Individuals, community groups and groups from LTC facilities visit this serene and quiet place on a weekly basis.

Many events feature theme weeks: all pets week where different animals are brought to the centre; a Queen and Diamond Jubilee event; fall fair and summer barbecues; craft days; gentle fitness activities; community gardening.  There are also joint programs for seniors and children organised with the Toronto Schools (TDSB) and many other events.

This seniors’ centre is funded by many different stake holders such as United Way, Ministry of Health and LTC, City of Toronto, Human Resources Federal Government, Foundations and individual donors.  Approximately 1,200 seniors use the facilities every year.

Programs during the winter time are held near Bloor and Yonge downtown.