Hello and good day! My name is Hilary Topalian…..

I work in the Marketing Department at the ROM. I’ve been here since 1996, first as a volunteer with the summer camp, then a teacher (a position which I still hold) and now this position as Part Time Marketing Administration Coordinator. I got super excited when I was asked to write a little something about the ROM, because its history is fascinating to me!

We, at the ROM hope you’re enjoying a relaxing moment to sit back and read this blog post. Now that warmer weather is on its way, what better opportunity to head outdoors and explore Toronto, the Royal Ontario Museum or the world in a day! Whether you’re interested in natural history, art, world cultures, learning something new, or just spending time with friends, the ROM has something for you!

The idea of the ROM began with a young archaeologist called Charles Trick Currelly. The collections he acquired while in the field in Egypt, Crete, and Asia Minor were the basis for what we now call the Royal Ontario Museum. As the largest museum in Canada, housing over 6 million artefacts and specimens, the ROM has undergone many changes in the century since it officially opened. What first opened March 19 , 1914 (at 3 in the afternoon – to be very specific) as a three story building constructed along the University of Toronto’s Philosopher’s Walk, slowly grew to provide more space for collections and research. 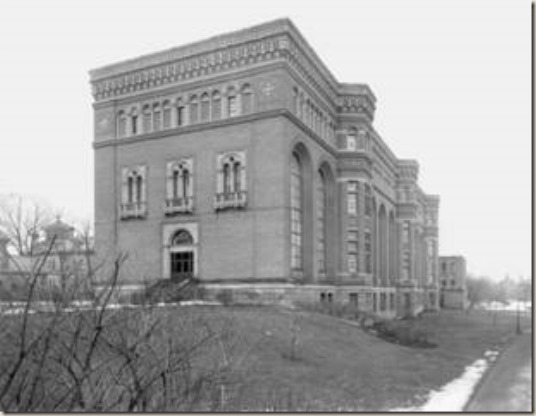 The 1930s saw the first of these expansions which connected the new construction with the 1914 building to create an “H”. Since this first expansion occurred during the Great Depression, to garner approvals, an effort was made to use primarily local building materials and to make use of local workers capable of manually excavating the building’s foundations. Teams of workers alternated weeks of service due to the physically draining nature of the job. One of the Museum’s prized possessions – our beautiful Venetian glass mosaic ceiling – was built during this time. 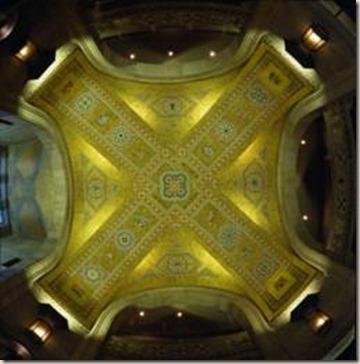 The ROM’s Rotunda Ceiling. The phrase in the centre reads

“That all men may know his work”

Much of the information from the ROM’s early days can be found in Currelly’s autobiography I Brought the Ages Home. First published in 1956, it’s a lively, adventure-packed memoir that traces Currelly’s life as a boy from southwestern Ontario who trained for the ministry, to how he became one of Canada’s great archaeological pioneers and museum-builders – nothing less than a homegrown Indiana Jones. 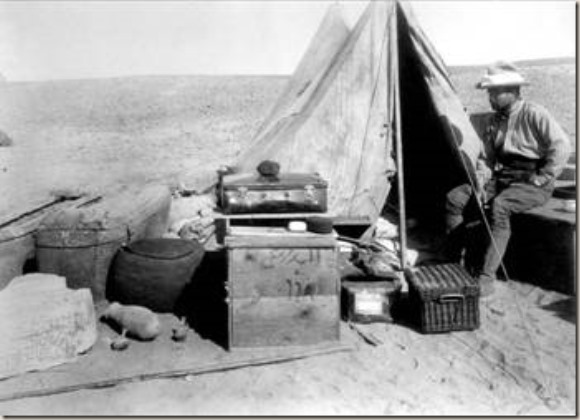 The second major expansion began in 1978 with the building of its Terrace Galleries to the north, and Curatorial Centre to the south. Opened in 1984 by Queen Elizabeth II, the gallery expansion took the form of layered volumes, each rising layer stepping back from Bloor Street – hence creating a layered terrace effect. The design of this expansion won a Governor General’s Award in Architecture. 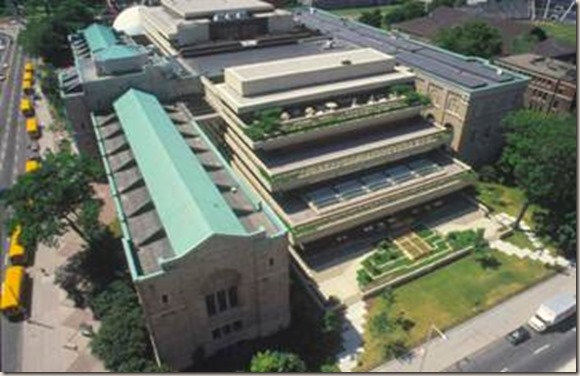 Beginning in 2002, the museum underwent a major renovation and expansion project dubbed as Renaissance ROM. The centrepiece of the project, the Michael Lee-Chin Crystal, was a major addition to the building’s original framework. The structure was created by architect Daniel Libeskind, whose design was selected from among 50 finalists in an international competition. The Crystal was opened on June 3, 2007, as a distinctive new symbol of Toronto for the 21st century. It marks the beginning of a new age for the ROM, announcing the Museum as the country’s premier cultural and social destination. 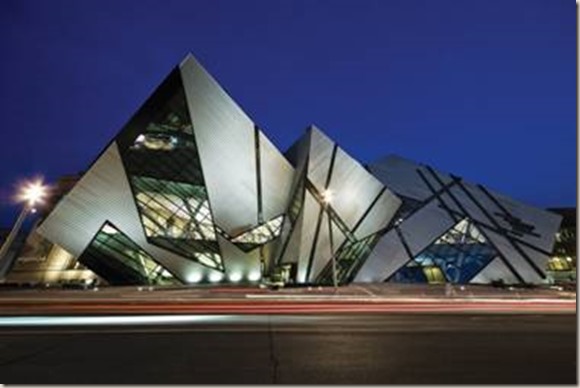 Not only does the ROM have a fascinating history, it’s also a great place for an outing!

The ROM is committed to accessibility for all visitors. Seniors visiting the Museum enjoy discounted admission to our galleries and exhibitions. Access to our collections and information resources is one of our primary and defining responsibilities. That being said, visitors accompanied by a support person while accessing our exhibitions, programs and services receive free admission for their support person.

Here are some other things to think about when planning your visit:

Bring back the childhood wonder in everyone with this engaging experience! Embark on a gallery adventure with a museum expert and discover what makes the ROM like no other museum.

Groups of 10 or more are invited to register for various events at discounted rates. Please call Ryan from Group Sales at 416.586.5801 (ext 2) or email groupsales@rom.on.ca to find out more.

ROM Daytime – Discover ground breaking ROM research as our experts share their cutting edge work in this engaging series of daytime lectures. Listen to a lecture in our Theatre, enjoy a coffee or tea, and visit a Museum exhibit or gallery. And the great news – they’re free with Museum admission. These lectures are offered on certain Thursday in the late morning.

ROM Speaks – From fascinating to thought-provoking, ROM Speaks presents compelling voices on hot topics. Explore engaging issues at the ROM and experience our world, discussed. These lectures are offered on certain Tuesday evenings.

ROM Connects – Join us for a captivating documentary or a thought-provoking lecture. Whether you’re fascinated by art, interested in culture, or curious about nature, ROM Connects offers engaging events that are free with RSVP. These events generally coincide with

Gallery of Egypt – This is where the ROM all began. Many of the artefacts in this gallery were collected by Charles Currelly himself!

European Galleries – From Medieval Europe to Art Deco and beyond, so many of these artefacts are displayed in such a way as to tell their own stories. Either alone or in a group, this gallery allows for one to get lost in period music, textile, art and furniture.

New Dino Uncovered – It’s not every day that new dinosaur species are discovered. However, the ROM is lucky to have a palaeontologist who has done just that! The research on this new dinosaur – Wendiceratops – was completed by the ROM’s Dr. David Evans, and Dr. Michael Ryan from the Cleveland Museum of Natural History. Their research has greatly increased the understanding of the evolution of horned dinosaurs.

Dawn of Life Preview – These specimens will give a sneak peek into the remarkable history of life on Earth before the dinosaurs, and how the Earth has changed drastically over time. Some of the pieces identified have been in the ROM’s vaults for decades, or were acquired specifically for the new Dawn of Life gallery, and will be a unique experience for visitors.

FOR A LIMITED TIME

Out of the Depths: The Blue Whale Story – In 2014 you may have heard about and followed the story of 9 blue whales that were trapped in ice off the coast of Newfoundland. After 3 years of preparation, Blue is finally ready for visitors. 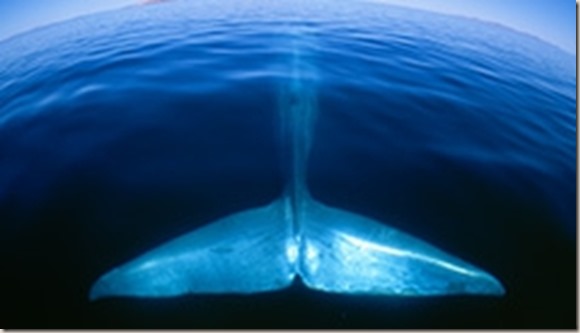 The blue whale is largest animal that has ever lived.

Whether on your own, with a friend or a group, we hope that you’ll visit us for an interesting, engaging and fun outing!

Your friends at the ROM