The Birthday Bash started at 4pm, 29th October at the Shops and Steeles and 404, and at 5pm after everyone had settled in, the official Birthday Ceremony began!

A Speech from Jane and Nathalie opened the Event, followed by a speech by “The Honourable Peter Kent MP” who acknowledged Mosaic’s role as a pillar in the community. 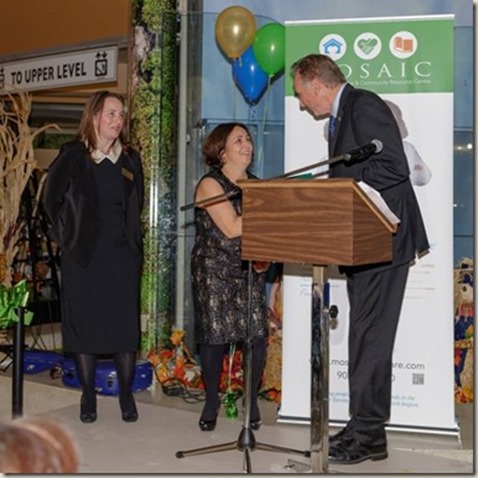 Jane and Nathalie thanking MP Peter Kent for his kind words on Mosaic.

This was followed by a Mosaic Head Office Staff roll call of appreciation, a thank you by both Jane and Nathalie to both staff and community and a reflection on the past five years. 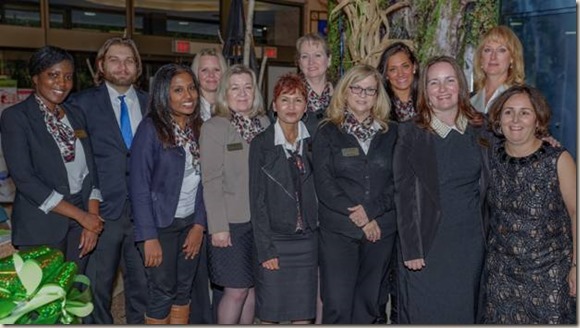 Mosaic staff pose for a picture at the 5th Year Anniversary Celebration.

Next came the Ribbon Cutting with Jane and Nathalie making the strategic cut to symbolize the next step forward for Mosaic in the community. 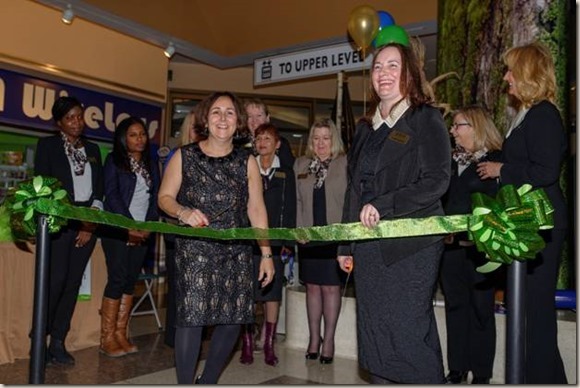 Jane and Nathalie are all smiles just before they cut the ribbon.

Congratulations to Mosaic on celebrating its 5 Year Anniversary! Looking forward to more years of success!

Thank you to all who attended our 5th Year Anniversary on October 29th, 2015