January has been Alzheimer’s Awareness Month

Alzheimer’s Awareness Month is about raising awareness of living with Alzheimer’s and other dementia’s. As we start to live longer and our population ages Alzheimer’s disease and dementia will likely affect more people.

This January the Alzheimer Society has launched a the campaign “Still Here”. Take a moment to see what amazing work the Alzheimer’s Society is doing this January in raising awareness on the disease.

Don’t know what Alzheimer’s disease is? Here are two great YouTube videos by TED and the Alzheimer’s Association that describe the disease.

The impact that Alzheimer’s has on people and their families has also been depicted in films. The movies Still Alice and Away From Her depict how the disease impacts the lives of the people with it, including their loves ones. This month take some time to learn about Alzheimer’s disease and what people with the disease and their loved ones go through.

At Mosaic Home Care Services & Community Resource Centre we host a number of events that are helpful for those with Alzheimer’s and their families.

On the last Tuesday of the month, Mosaic with the Alzheimer’s Society of York Region hold a First Link Memory Café at Mosaic’s Markham office. This Café offers individuals who have been diagnosed with Early Alzheimer’s disease and/or related dementia an opportunity to be socially, physically and mentally active. Programs in the past have included educational lectures, guest speakers and more. The café is a great opportunity for individuals to socialize, be active and break down stigmas about the disease.

The First Link Memory Café model was pioneered by Dutch clinical psychologist De. Bére Miesen in 1997. The café was created to provide a space for individuals with earl Alzheimer’s disease and/or other related dementia’s to socialized and reduce the stigma surrounding it. The café looks to provide education in a social environment for those affected by it, helping to break barriers and create a better understanding about the disease. The First Link Memory Café model is a great way that communities to help raise awareness for Alzheimer’s disease as well as reduce stigmas that surround it.

Mosaic also hosts Game Time! every second Friday of the month. For an afternoon, Mosaic opens up its Community Resource Centre to the community and invites people to come in a play games, socialize and have fun. It is believed that socialization along with staying mentally active can help prevent Alzheimer’s disease and other dementias. At Mosaic’s Game Time! people can come in, enjoy the company of others while keeping mentally active through games. It is a wonderful opportunity to make new friends, learn some games, and most importantly have fun!

For more information on Mosaic’s events you can contact Mosaic at (905) – 597 – 7000 or email at info@mosaichomecare.com. The Mosaic Community Resource Centre also contains a number of brochures on Alzheimer’s disease and dementia, and is a great place to look into services and organizations that are available to you. 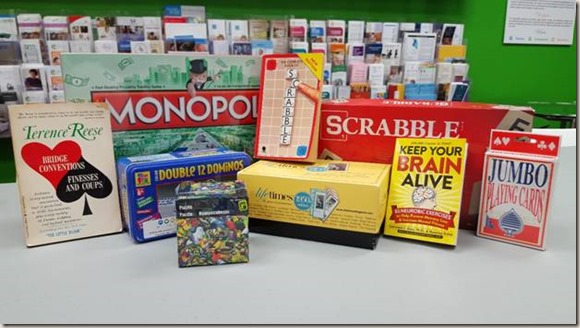 A few of the games that make the rounds at the Mosaic Game Time!. 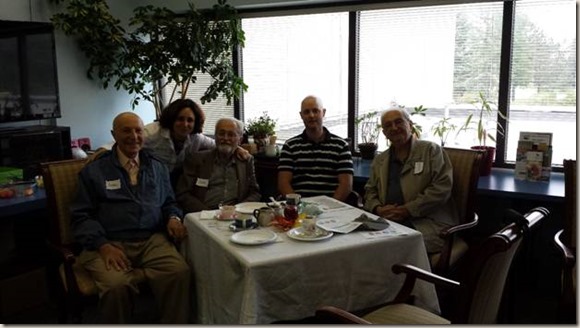 Jane along with a few members at one of the past First Link Memory Café.